The Sunday morning of September 27 changed the priorities of the Armenian people not only for that, but for the upcoming 40 days. On that day, one of the heaviest wars in the region was initiated by the Azerbaijani-Turkish armed forces in the Armenian Republic of Artsakh. That Sunday, the priorities of the WELL team changed. The Azerbaijani side had launched various campaigns on online platforms. It was also necessary to present the position of the Armenian side in the information field.

The day after the start of the war, on September 28, the team presented its first social campaign in response to a campaign published by the Azerbaijani side on social networks. IT MAKES SENSE, RIGHT? campaign idea was to show the historical monuments that exist in Artsakh, which testify to the Armenian heritage. The YOU CALL IT 20% TERRITORY / WE CALL IT HOME campaign presented the main messages of both sides or what both sides are fighting for. The latest campaign, which was the WELL team’s own initiative, aimed to present the causes of the situation to the international community or third parties in a way that will be easy to understand 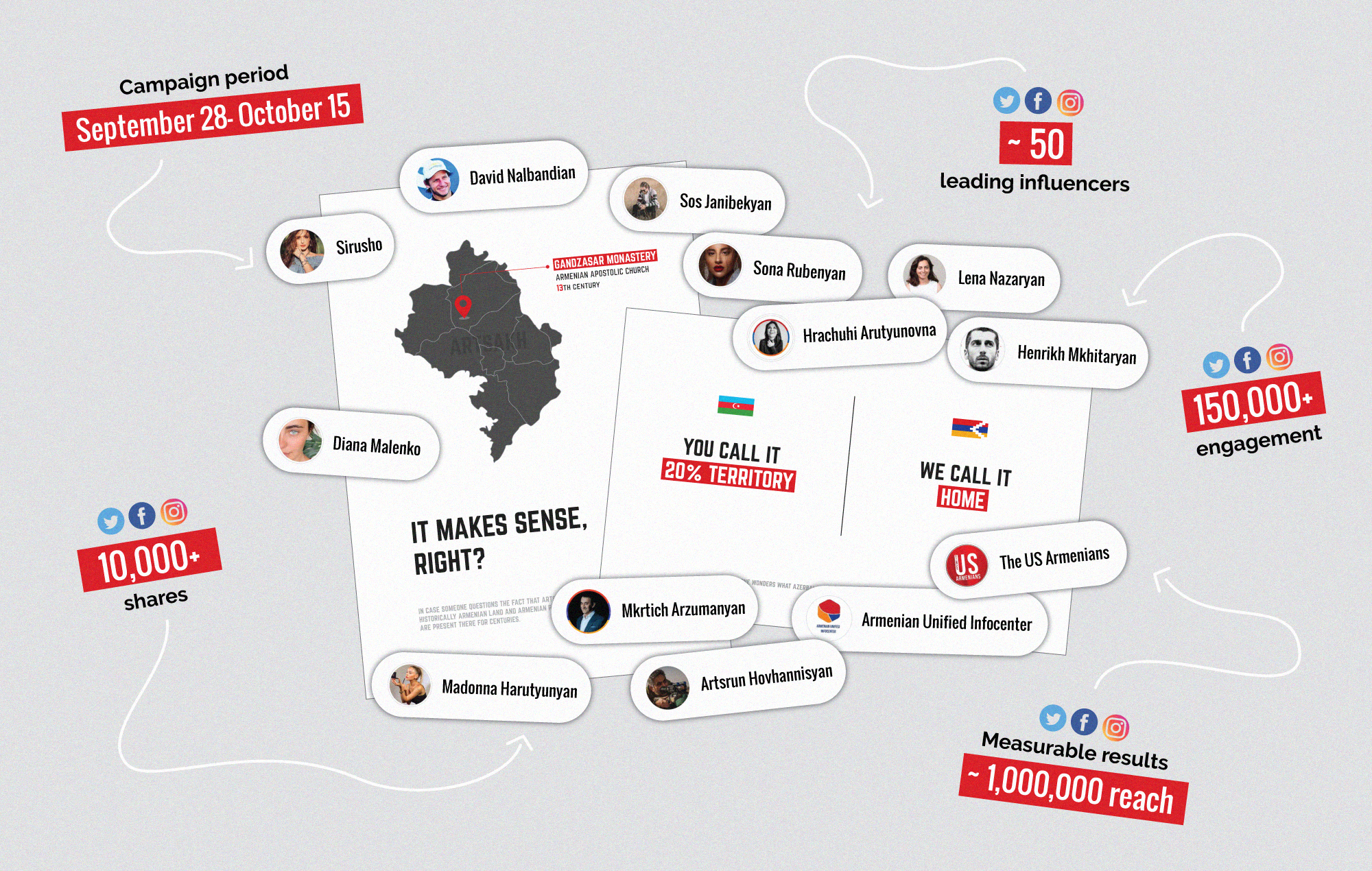 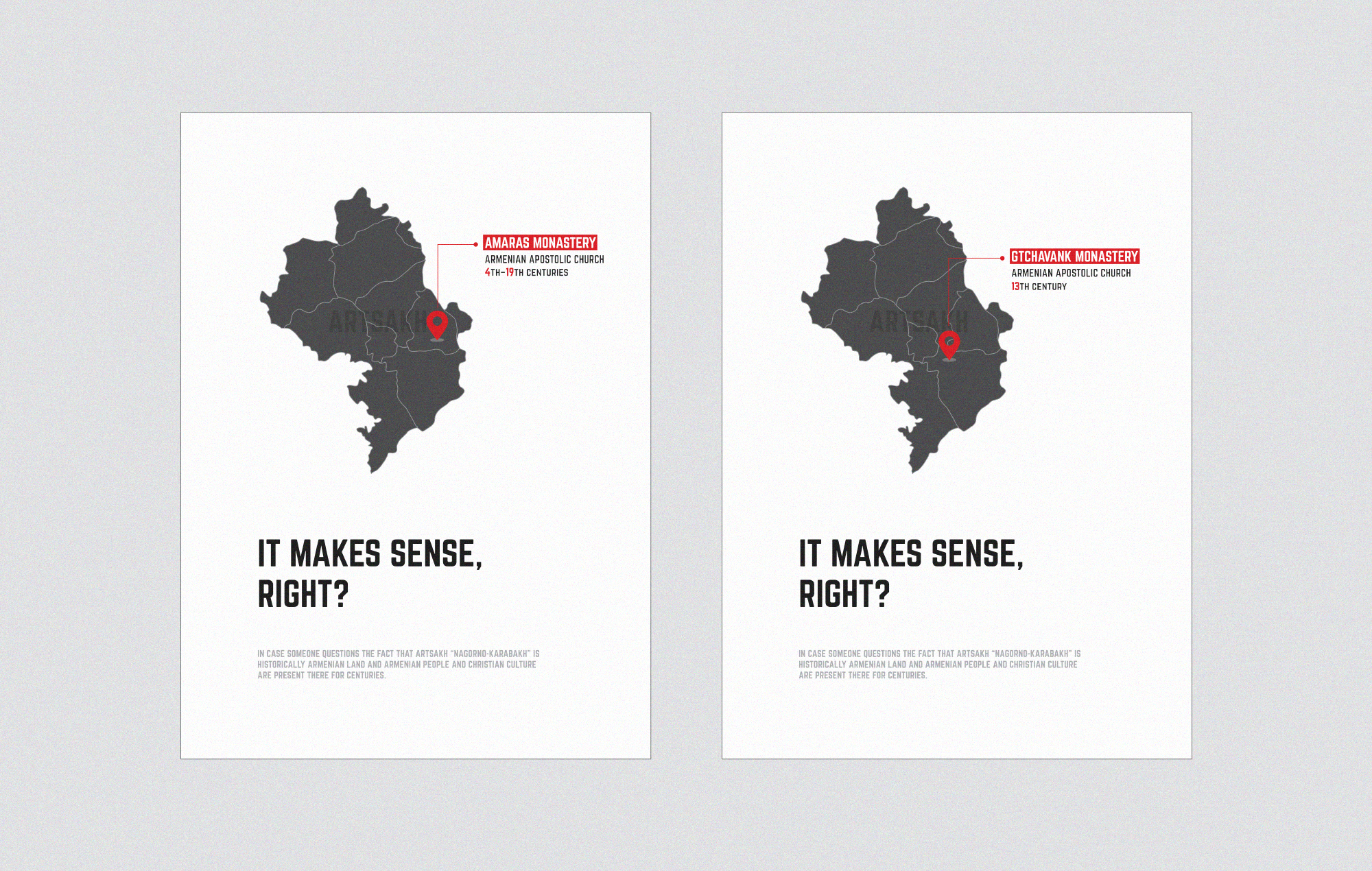 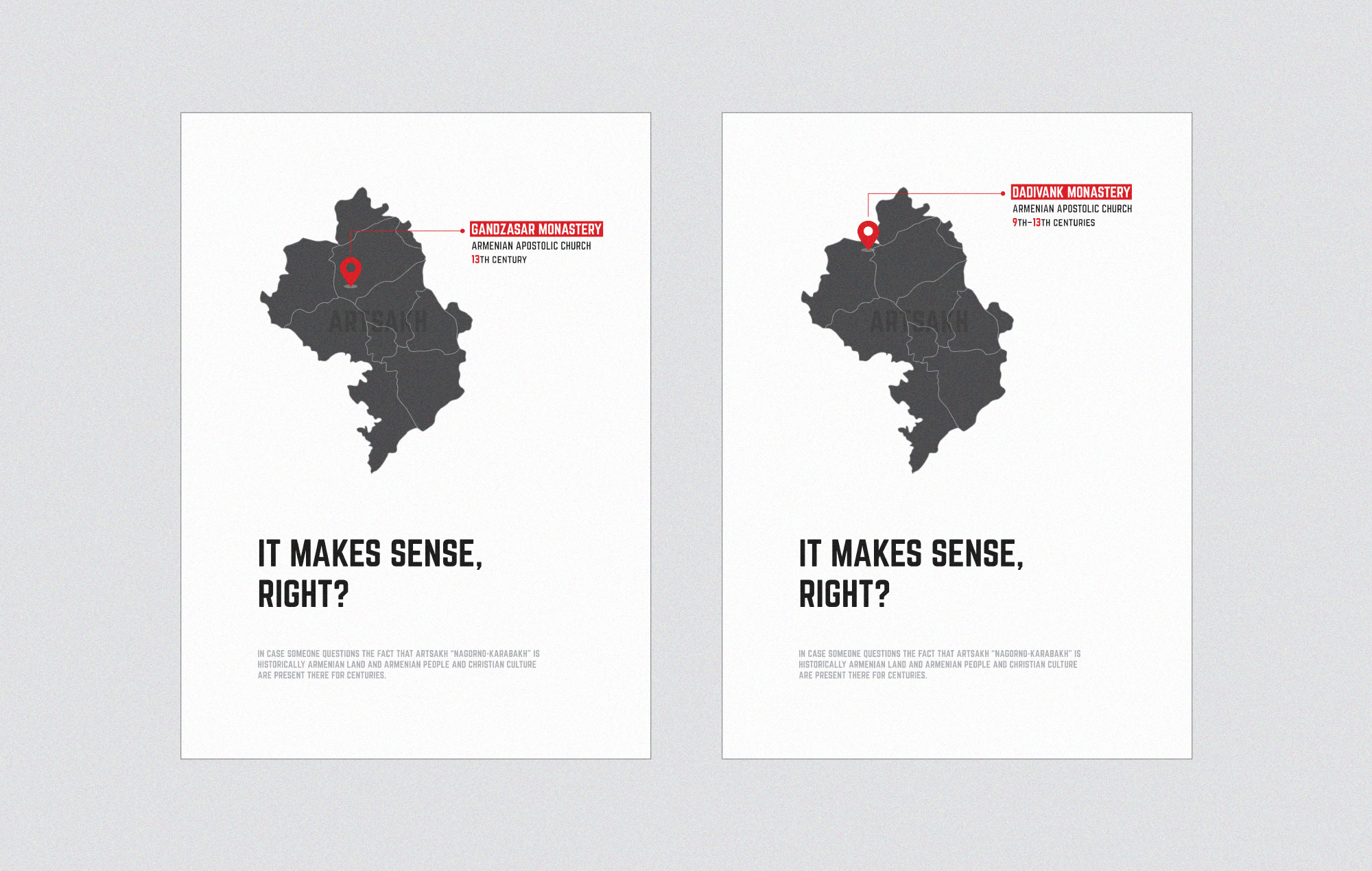 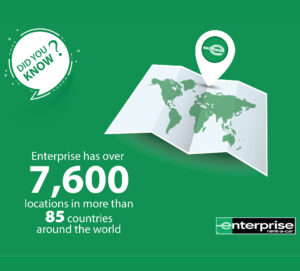 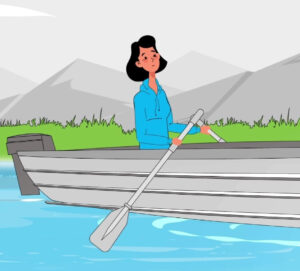 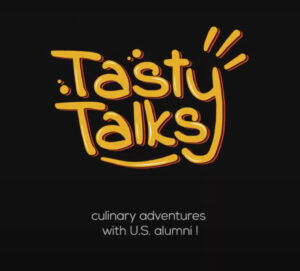